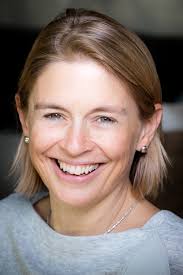 (The title of this blog was inspired by a conversation with a colleague at the Africa Philanthropy Network conference in November 2018.)

On 28 November 2018, together with GFCF board chair, Rita Thapa, and several community philanthropy partners from across India, I attended the launch of the Dalit Community Foundation in Patna, the capital of India’s north-eastern Bihar state. The event was held in a centrally located hotel and the turn-out was high, with the Dalit community, NGOs and local media all represented.

But, this was no ordinary event: although the name “Dalit Community Foundation” may seem somewhat innocuous (especially when read on the GFCF website), what was happening that day was momentous. This was an idea that had been brewing for almost a decade, its aspirations unapologetically bold from the start: to create a community-owned philanthropic institution with and for one of the world’s most marginalized population groups. Although “untouchability” was formally abolished in 1950 and laws exist to protect their rights, Dalits, who make up around 16% of the population and are at the bottom of India’s hierarchical caste system, continue to suffer deep stigma and marginalization. The foundation’s vision however, which is guided by the ideas of social reformer and Dalit rights advocate, Bhim Rao Ambedkar, is resolutely asset-based: “All members of the Dalit community live with self-respect and dignity by bridging their differences and promoting community philanthropy in the wider society.”

Impressive turn-out for the event

Ramkishor Prasad Singh, director of a community development organization called Gramin Evam Nagar Vikas Parishad (GENVP) and Dalit activist, Renji George Joseph, have been the driving force behind the process which has its roots in the success of informal community-based and community-run structures, Dalit Sangarsh Morcha. In the minds of its founders, a community foundation-type vehicle stood to offer exactly the right kind of institutional arrangement to sustain, build on and join up these different community level initiatives in a long-term and much more strategic way that could grow and aggregate both resources and voice.

Convincing the Dalit community (or communities, as Dalits are divided into a further two dozen sub-castes and there are many internal divisions among them) that this may be something of potential interest, has involved an extensive and protracted process of consultation. It has involved navigating extremely complex social, economic and political local dynamics on the one hand, and introducing the radical proposition of Dalit community philanthropy as a force for self-determination and social cohesion on the other. It goes without saying that all of this could only have been done by credible and trusted leaders with extensive and strong relationships within the Bihar Dalit community.

At the launch event, the sense that something momentous was happening was reinforced by some nice and deliberate touches. The Chair of Bihar’s Legislative Council was a guest of honour, for example, and had been asked to administer oaths of office by members of the foundation’s newly constituted board, something normally done to newly elected public officials and office-bearers rather than NGO board members. As a first, it constituted both a powerful public statement of commitment to the nascent foundation by individual board members, and also conveyed the message that things were going to be done differently from the start.

As I watched the proceedings unfold, I reflected on the journey that the GFCF and GENVP had been on together over the past eight years. Starting back in 2010, there had been an initial – and rather prolonged – “dance” that had had us both slightly off the beat. The GFCF had politely declined an early proposal from GENVP which listed neat outcomes and numbers, as if development was a standardized process of delivery (a lasting legacy of a top-down development system that has been preoccupied with buying results rather than supporting processes) because we were unable to see the bigger, radical, picture. GENVP’s persisted as they felt that there was an important conversation to be had, and they weren’t going to accept the insipid donor blow-off (you know, the one that ends with “we wish you all the best in your endeavours” etc.). A Skype call and then a meeting in a Delhi hotel lobby, with diagrams (Renji’s) and squiggles (mine) on the back of serviettes at which it became clear that what GENVP was trying to do in Bihar was what we were also trying to help grow globally.

Since then, we have made a couple of small grants to support the planning and consultation process, assisted with consultant support and have stayed in touch. Our role has been small but, I would like to think it has been important in its own way. Getting hold of the initial seed funding to be able to embark on a journey of exploration, to venture into the unknown – in this case, a Dalit community foundation, for heaven’s sake! – continues to be a challenge in a development and philanthropy industry that still places so much emphasis on fixed, pre-determined outcomes and leaves little room for creativity. For better or worse, a grant from an organization on the other side of the world can also help assuage doubts and confer some kind of legitimacy on what may otherwise seem like a crazy idea. But probably, most importantly of all, is that sense of belonging to a global network or movement of people and organizations testing new ideas and propositions at the margins – and often against all odds – driven by a belief that there is a different way of doing things which builds on and draws from people’s own agency, their assets, their relationships with each other and which, by doing so, can bestow dignity and hope on those at the edges of society.

This post was first published by the Global Fund for Community Foundation on Dec 17, 2018. The original post can be viewed here.