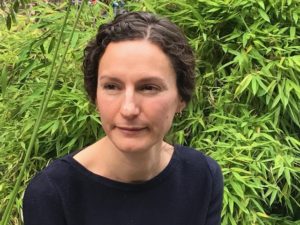 We both agreed that such future forecasts were premature, given the current gap between the optimistic discourse around impact investing and the scale of what it has so far managed to achieve in practice. The idea, however, is an interesting one, and it raises the further question of what might be the implications of such a radical shift, from a philanthropic to an investment-based model, in the Brazilian context? While this is too broad a topic to address fully in a blog post, I’d like to sketch out a few broad themes that have caught my attention during a recent research project (on Brazil’s small but growing impact investing sector), which might be relevant to this debate.

Finding the right balance between philanthropy and impact investing

Over recent decades, dwindling public sector funding and the withdrawal of foreign NGOs and development agencies (now focusing their efforts on countries perceived to be more financially needy than Brazil) have resulted in an under-reported funding crisis for Brazilian civil society organizations. Efforts such as those being made by members of the Brazilian Philanthropy Network for Social Justice to encourage more grantmaking by Brazilian philanthropists have thus taken on a new urgency. In this context, it is important that emerging trends such as impact investing and social business are designed to complement the work and expertise of civil sector organizations, and do not become competitors for already scarce funding resources.

The proponents of impact investing that I spoke to in Brazil were overwhelmingly in agreement with this view. Among investors, impact fund managers and social business accelerators in São Paulo, I heard a general consensus that impact investing can’t and shouldn’t replace traditional philanthropy, as social business is not the right model for tackling all social problems. Professionals in this space also told me that some philanthropy is usually necessary to support early social business models before they become economically sustainable.

Within these sectors, however, there does seem to be a need for greater clarity on what kinds of social and environmental issues are best approached via social business and impact investing models and which will benefit from the more traditional approaches of non-profit organizations, supported by philanthropic grantmaking. In parallel, and in order to ensure that funding is available for both of these approaches, the emerging impact investing sector in Brazil might benefit from a broader discussion on which ‘pots’ of capital impact investors are dipping into to make their investments.

Should impact investing draw on funds already earmarked for social change activities (eg by philanthropic foundations and development banks)? Should the focus be on persuading endowed foundations to examine where their assets are invested, and consider better aligning their existing investments with their social mission (following the lead of the Heron Foundation)? Or should this movement be about encouraging shifts in mainstream investing activities, to encourage investors to make more ethically driven choices across their investment portfolios as a whole (as advocated by groups such as Toniic’s 100% Impact Network in the USA)?

The PSJP’s Philanthropy in Brazil report points to a number of reasons why – despite signs that some foundations might be starting to make grants a bigger priority – levels of grantmaking continue to be very low among Brazilian foundations. These include an unfavourable legal and fiscal environment for charitable donations, the absence of appropriate legal mechanisms for the creation of foundation endowments, and low levels of trust and understanding around the work of civil society organizations. Some commentators have also argued that the reluctance of the corporate foundations that still dominate the philanthropic landscape in Brazil to engage in higher levels of grantmaking is also related to deeper structures of power and inequality, which have shaped Brazilian society since its foundation (see for example a recent post to this blog by Fernando Rossetti). It is no coincidence that the organizations at the forefront of the movement to encourage more grantmaking in Brazil, such as members of the Brazilian Philanthropy Network for Social Justice, often work on issues relating to human rights and economic and social justice – precisely the kinds of issues that risk-averse corporate foundations see as too politicized and sensitive to engage with.

Brazil’s ongoing political and economic crisis – and its recent divisive election campaign – have been accompanied by a rise in the violent oppression of human rights activism, a trend brought sharply to the public’s attention in March this year through the shocking murder of city councillor and activist Marielle Franco in Rio de Janeiro. Against this sombre backdrop, the work of civil society organizations in the fields of human rights and social justice has assumed a new and pressing urgency. If a shift towards new impact investing models would mean leapfrogging the ‘grantmaking phase’, what would it mean for the prospects of Brazilian philanthropy engaging more directly with issues of human rights and economic and social justice in the future? Can impact investing and social business models move philanthropy in this direction?

To answer these questions, we perhaps need to look at issues of ownership and responsibility for decision-making around the activities of impact business models – and the willingness of philanthropic impact investors to cede control over the use of their investments to those building new social business models on the ground. The immense inequalities (economic and otherwise) that still shape Brazilian society make it imperative that philanthropic impact investors think deeply about their own structural relationships with those they ultimately seek to benefit through their investments. If a shift from traditional Brazilian philanthropy towards impact investing is on the horizon, philanthropists would do well both to develop their grantmaking activities in parallel and to consider how new impact business models can contribute to wider systems change, towards more inclusive and socially just economic systems in Brazil.

Jessica Sklair is a postdoctoral research fellow in the Department of Anthropology, University of Sussex, and an associate fellow of the Institute of Latin American Studies, University of London. She has carried out research on foundation philanthropy in Brazil and the UK, and her current project looks at impact investing in Brazil.