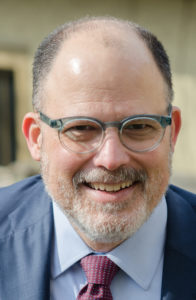 Caroline Hartnell’s Philanthropy in Russia: A working paper provides an excellent overview of the state of Russia’s philanthropic sector. Based on a series of in-depth consultations with more than a dozen leading practitioners, this report is a welcome addition to a field where good English-language literature is frustratingly scarce, and some of the most widely cited analyses are increasingly out of date.

My take on the report is filtered through the prism of my experience as a grantmaker to Russian organizations and institutions. From 1997 to 2016, I worked as a program officer and then program director for the John D and Catherine T MacArthur Foundation, one of the western donors most active in Russia and the former Soviet Union. In 1992, MacArthur opened an office in Moscow; in Russia, the foundation supported individual researchers, human rights and environmental NGOs, thank tanks and institutions of higher education. 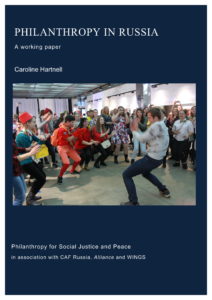 During the time I was most engaged in MacArthur’s Russia work (from 1997 until about 2011), I was based at the foundation’s Chicago headquarters but frequently travelled to Russia and had many colleagues in that country’s burgeoning philanthropic sector. About ten years ago, I wrote a chapter for a book on western influences in the development of philanthropy in Russia.[i] Since my direct engagement with Russia began to wane shortly thereafter, I approach Hartnell’s Philanthropy in Russia as someone who once knew the field well but has stepped back in recent years.

So what does this report tell us about what has changed over the past decade, and what remains the same in Russia’s philanthropic scene?

For starters, the professional philanthropic sector – which began to emerge in Russia in the late 1990s with the formation of independent private foundations and the establishment of the Russian Donors Forum – has continued to expand and mature. Russia has a growing number of independent, private, corporate and community foundations, endowments, and increasingly sophisticated foundations that solicit donations from the public (Hartnell refers to these as ‘fundraising foundations’; they operate like public charities in the US or registered charities in the UK). More individuals are making charitable contributions and volunteering. New modalities of online giving are in place, and corporate philanthropy continues to evolve from straightforward sponsorships to more strategic approaches.

This sounds encouraging, but – the paucity of good data notwithstanding – it seems that the rate of growth of the philanthropic sector may have slowed in the past decade. This is in part due to Russia’s ongoing economic woes, but political constraints are at least as relevant.

Nearly 15 years ago, in 2006, the most adventurous of the first wave of private foundations in Russia – Mikhail Khodorkovsky’s Open Russia Foundation – was shut down following Khodorkovsky’s October 2003 arrest and subsequent imprisonment. Open Russia had supported human rights groups; it was also seen as in part a vehicle for Khodorkovsky’s political ambitions. The closure of Open Russia had a chilling effect on the Russian foundation sector – sending the message that funders must not get involved in anything too critical of government. Philanthropy continued to grow, but within the bounds of safe topics: scholarships, hospitals, aid to orphans, and so forth.

Fast forward to October 2015 and yet another leading private philanthropy was forced to close for political reasons – Dmitri Zimin’s Dynasty Foundation. Unlike Khodorkovsky, Zimin was not seen as a political opponent. But in addition to Dynasty’s core emphasis on science education, the foundation had begun to fund lectures on politics.

Moreover, by transferring funds from abroad to grantees in Russia. Zimin committed a technical violation of Russia’s Foreign Agent Law of 2012. This law obligates any Russian organization that engages in political activity (defined quite vaguely) and receives funds from outside Russia to register as a foreign agent – a designation that the public associates with espionage.

The Foreign Agent Law and other legislative and administrative actions (including a 2015 law on ‘undesirable’ organizations) had the intended result of compelling most foreign foundations to leave Russia. Most Russian NGOs are now wholly reliant on domestic sources of support – government or foundation funding, corporate or private donations. This has been a significant blow to human rights organizations, many of whom received significant foreign funding. Although some genuine human rights work does receive government funding (through Russia’s system of ‘presidential grants’), human rights or any sort of social justice or advocacy work is largely out of bounds for non-governmental donors. Moreover, the Foreign Agent Law and other limitations on international activities have made it harder for Russian NGO activists and academics to maintain ties with colleagues abroad.

There are nonetheless many bright spots in Russian philanthropy. As Hartnell notes, community foundations remain particularly vibrant. Their numbers are increasing (there are now 70 in total) and their activities are relatively untainted by association with foreign donors. The projects supported by community foundations fulfil real needs at the local level – contributing, as Hartnell and her informants contend, to the growth of local self-government. Two Moscow-based infrastructural entities – Charities Aid Foundation and the Russian Donors Forum – continue to play key roles in the development of community foundations and the broader philanthropic sector.

As another sign of the field’s advancement, Hartnell points to the rising sophistication of fundraising foundations. She cites two examples – Podari Zhizn (Gift of Life), which focuses on childhood cancer, and the Vera Hospice Charity Fund – that are particularly successful in raising funds online.

Like other similar entities, they are also committed to transparency, which is seen as crucial to raising public trust in Russia’s charitable sector. On its website, Podari Zhizn posts its founding documents and its annual reports to the Ministry of Justice. Vera goes a step further, exhibiting an almost startling degree of transparency. Their website includes annual lists of individual contributors, down to a PayPal donation of as little as 26 rubles (less than half a pound, euro or dollar). Some donors are listed anonymously, but for others the listing provides not only their last name and first initial, but also the last four digits of their credit card number – which is probably taking transparency a bit too far.

Some innovations that have long since transformed grantmaking in the West – notably the use of grant competitions and an increasing focus on evaluation – are also evident in Russia. Hartnell discusses a more recent philanthropic trend, impact investing, which has started to attract interest but has yet to take off. One currently dominant feature in US philanthropy – the rapid growth of commercial donor-advised funds, which account for five of the top ten recipients of charitable contributions in the US – apparently has no direct analogue in Russia, at least not that Hartnell mentions.

This observation leads to a question: how distinctive is the developmental path of philanthropy in Russia? Is it in the process of ‘catching up’ with Anglo-American practices, as Hartnell’s discussion of impact investing implicitly suggests? Do political constraints and an inadequate legal and regulatory environment keep the philanthropic sector from reaching its full potential?

Perhaps the particularities facing Russia’s philanthropic sector are more than merely deviations from some universal trajectory. The current difficulties facing human rights and social justice NGOs in Russia are a piece with global trends towards a ‘shrinking space’ for civil society. But even under a less restrictive regime, Russia’s history might lead one to expect a separate evolutionary path for Russian philanthropy, one perhaps more consonant with continental European statism than with the Anglo-American society-centric tradition.

Although Philanthropy in Russia does not take an explicitly comparative approach, it provides useful qualitative data that should be of interest to practitioners and scholars interested in cross-country comparisons. The report provides a partial quantitative picture as well. Hartnell opens the report by citing Russia’s low ranking on Charities Aid Foundation’s World Giving Index, and she provides a number of statistical indicators, such as estimates of the scale and growth of corporate giving. But most of these figures are not accompanied by international comparative data, and this makes it somewhat difficult to gauge the relative significance of various aspects of Russian philanthropy.

One factor perhaps worthy of further investigation is the gender dimension of Russian philanthropy. In Russia, as is generally the case around the world, women are numerically dominant in the non-profit workforce. But – as hinted at by Hartnell’s choice of interlocutors (11 of her 13 interview subjects are women) – Russia probably stands apart for the prevalence of women in top philanthropic leadership positions. At the same time, Russia lags behind almost all other large economies in terms of women’s participation on corporate boards.[ii] Further investigation of how these trends intersect might shed more light on the economic and social position of women and philanthropy in Russia.

[ii] A recent study by Institutional Shareholder Services, Inc looked at participation rates for women on corporate boards in 30 wealthy countries. The average rate across all those countries was only 16.9 per cent. Of the countries studied, only two – Japan and South Korea – score worse on gender parity than Russia, where women account for less than 6 per cent of board membership. The corresponding figures for the UK and the US are 20.8 per cent and 16.3 per cent, respectively. See https://corpgov.law.harvard.edu/2017/01/05/gender-parity-on-boards-around-the-world