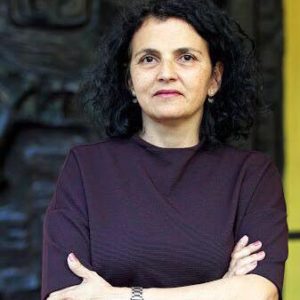 This is especially relevant these days as Brazil faces a serious economic and political crisis, which is having a severe impact on civil society, especially those organizations promoting rights. Being an environment or human rights defender is currently dangerous, as the terrifying numbers of attacks and murders of activists increase.

The report begins to fill a lacuna in knowledge about approaches to philanthropy that could lead to a most needed change in the local paradigm of giving, helping funders understand why and how to support an independent civil society. Can funders take more risks and massively tackle the root causes of inequalities? Can we move beyond our comfort zone and choose to deal with causes, not just symptoms, supporting NGOs and grassroots groups that defend human rights? Is it possible to support the development of an independent NGO sector in Brazil? Would that make a difference?

A broad panorama of philanthropy in Brazil

The report draws a broad panorama of forms of giving, covering corporate philanthropy, family foundations, impact investing, community philanthropy, social justice philanthropy, and giving by individuals. Although it is not meant to be a full-scale or complete survey, it provides the starting point for a job that Brazilians can benefit from and build on.

Philanthropy in Brazil, written by Caroline Hartnell and Andrew Milner, is part of a series produced by PSJP on the current state of philanthropy in emerging economies. It gives us the chance to raise awareness among the global philanthropic community about the progress the philanthropic sector has made in Brazil and the opportunities before it, as well about the complexities and challenges it faces.

It is clear from the report that the Brazilian philanthropic sector has yet to realize what most see as its full potential. There is no doubt that the sector is growing, but not as much as Brazil’s wealth. And while we see exciting progress in promoting a local culture of giving, the debate on the relevance of philanthropy for social justice is still incipient, as its role is not well understood.

The report provides a good overview of the terminological issues that affect – and tend to complicate – Brazilian philanthropy’s interaction with the rest of the world. We sometimes waste precious time explaining to those outside the country the meaning of local expressions and the rationale behind our ‘unique’ system.

The main umbrella body for institutional philanthropy in Brazil, GIFE, has long carved out the term ‘private social investment’, and the term has often been presented as the genuine Brazilian replacement for the concept of philanthropy. Today, although GIFE argues that the term has a more inclusive meaning, it is largely associated with corporate philanthropy and corporate language. An effort is being made to bring the concept of philanthropy back to the centre of the agenda, with the Philanthropy Network for Social Justice reinforcing its positive and wider meaning associated with giving and grantmaking. The truth is that there is more at stake in this debate than terminology, and to develop a more strategic philanthropy we certainly need to look into it.

The report shows that corporate philanthropy has become a significant player in Brazilian philanthropy and now constitutes the largest and most visible part of the sector, with priority being given to education, youth development, and arts and culture. Family foundations, which have grown in numbers in the last few years, tend to follow a similar path, with a few exceptions.

The report also reveals that institutional donors are not primarily grantmakers and have a great preference for using their own staff to run their own programmes directly. A large portion of philanthropy in Brazil is risk averse and chooses to focus on service delivery, rather than using funds to make grants to civil society organizations. However, GIFE reports that the majority of its members have declared the intention of moving towards grantmaking. Besides, there are signs of increasing donor interest in supporting initiatives to promote a more democratic agenda.

The lack of institutional support for rights-based issues is no different from most parts the world, where progressive causes such as human rights, gender and land issues are addressed only by a small minority. Social justice funds and a handful of community foundations thus provide crucial funding for Brazil’s NGOs, grassroots organizations, social movements and human rights defenders. They are among the most significant developments in Brazilian philanthropy in ten years. They have to raise funds for their grantmaking programmes, most of these funds still coming from international sources.

The study throws light on developments and possibilities, especially focusing on innovations and creative initiatives. The idea of impact investing and of social enterprise/social business seems to be gaining attention in Brazil these days. Meanwhile, initiatives to promote a culture of giving are emerging. Individual giving can potentially play a much larger role in strengthening an independent civil society. Online giving, including crowdfunding, is becoming increasingly popular. In practice, however, this is all still relatively limited, and the amounts involved are small.

Fortunately, there are many signs to celebrate, including the increasing numbers of partnerships between social justice funders and others, and growing levels of transparency in giving in general.

The report rightly looks at the political situation in Brazil, pointing out that the current crisis is affecting different parts of the philanthropic sector differently. It mentions extensive public mistrust of NGOs and a lack of understanding of what they do as one of the main reasons for the slow growth of philanthropy in the country. Those working in the so-called politically sensitive areas suffer the most, currently operating under a lot of uncertainty. Efforts are needed to strengthen NGOS and improve public trust in them.

The lack of grantmaking is perceived as a weakness in the philanthropic sector, and it is clear that institutional philanthropy could do more to strengthen civil society. For that purpose, different parts of the sector may feel the need to put together new and more effective strategies.

Another point raised by the report is the existence of unfavourable legislation, which is a major obstacle to improving the philanthropic framework in Brazil. The tax on donations and the lack of regulations for endowments add a substantial burden to donors and undermine most efforts to expand the culture of giving. The Brazilian government is not officially hostile but does nothing to support philanthropy development. The lack of regulations and fiscal incentives, together with the difficulty of understanding the relevance of civil society organizations, may account for the reluctance on the part of the public to give to NGOs.

The panorama provided by the report could benefit from a few inputs to address gaps. To start with, a taste of traditional philanthropy, which is somehow absent in the report, might help us further understand how we got to where we are now. The flow of people who have no links to civil society and choose to work in philanthropy could also be brought into the picture, as well as the tension between generations, and the differences between regions of Brazil. These are all relevant elements to help us get a deeper understanding of philanthropy in our country.

The report reinforces the idea that the paradigm of giving needs to change, and that it is possible to shift power in philanthropy. Possibilities of disruption with old models are well covered in the report, as we search for ways to develop a more strategic philanthropy. It is clear to me that social justice philanthropy is crucial to this matter, as we worry less about numbers and procedures and more about what we actually wish to accomplish in the field. Philanthropy in Brazil gives us a lot to work with, as we attempt to address deep structural changes that will point to a much more equitable country.