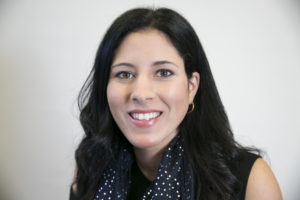 Caroline Hartnell’s Philanthropy in the Arab Region: A Working Paper is a fascinating account of the breadth of generosity and innovation in the Arab region. Philanthropic practices covered in the report run a wide gamut from traditional philanthropy, which emanates from social solidarity and religious values of giving, to corporate philanthropy, impact investing and social justice philanthropy. The report is rich in first-hand accounts given by philanthropic leaders from across the region; they throw light on the undying enthusiasm of the Arab philanthropic sector in all its forms despite stupendous hurdles such as a restrictive regulatory environment, the scarcity of data on philanthropy and the lack of confidence in the NGO sector.

Impact of the global counter-terrorism regime

One hurdle, in particular, that is mentioned briefly but warrants further investigation is the impact of the global counter-terrorism regime and its bank de-risking implications that followed the events of 9/11. This regime threatens to hold the Arab philanthropic sector in captivity by forcing it to invest locally and not regionally, and by restricting the nature and scope of projects that philanthropists can fund if they want to avoid reputational risk. For example, projects run by Islamic organizations, and sometimes even by non-faith based organizations with an Islamic name, are more likely than other projects to be viewed with suspicion by banks. Even local funding has become challenging because Arab governments, in wealthy, middle and low-income states, seem to have picked up those measures and implemented them locally. In Kuwait, for instance, several domestic banks have preemptively severed links with some charities and foreign exchange houses to avoid perceptions of risk that could prompt global banks to cut relations with them (IMF, 2017).

What is de-risking? A growing fear of terrorism and a desire to combat financial crime have seen some banks close the accounts of customers, or withhold services from people or regions, that they associate with high risks related to funding terrorism, money laundering or other forms of financial crime. There are concerns, however, that banks could be cutting ties not just on a case-by-case basis but wholesale, resulting in withdrawal from entire categories of customer or entire regions. Existing evidence shows that it affects the innocent and the guilty in equal measure and the Arab region has not been immune to it.

Research at the Overseas Development Institute has pointed out the serious ramifications of bank de-risking for financial access for NGOs. In Yemen, for example, restrictions on legitimate transactions have contributed to the creation of a black market trade in food and fuel and the expansion of other transfer routes that rely on networks of unregulated and potentially corrupt money brokers. In Somalia, a counter-terrorism regime that prioritizes compliance over the humanitarian imperative has limited local organizations’ access to transparent and formal banking. ‘Money transfer operators are de facto banks. You cannot transfer money internationally through the banking system so you have to work with MTOs,’ said a Somali aid worker. Local humanitarian organizations also resort to mobile banking. ‘More than 70 per cent of the population uses mobile money which is completely unregulated. You have millions of dollars floating everywhere but it works, and is central to the humanitarian response,’ said another aid worker from an international organization operating in Somalia.

A joint research project with the Arab Foundations Forum is currently documenting the negative ramifications from the perspective of philanthropists themselves. While the experiences of philanthropists in each Arab country are distinct, there are some general trends that reveal the scope of challenges the sector is facing.

First, funding projects regionally is proving increasingly difficult for individual philanthropists or foundations registered in the region. Arab governments seem to have customized global counter-terrorism measures, thereby creating a restrictive environment for the non-profit and philanthropic sectors. In Saudi Arabia, for example, the government has centralized all overseas funding through the King Salman Humanitarian Aid and Relief Center or the Saudi Fund for Development. As a result individual philanthropists struggle to fund projects in other countries because of government restrictions as well as banking restrictions.

Second, the bureaucratic burden is draining philanthropic resources and creativity. In Jordan, for example, operational foundations and NGOs that receive grants from international donors are required to get approvals from a number of ministries. Otherwise, they are unable to act. One respondent described it as a state of ‘paralysis’; as a result, opportunities are lost, and the capacity to serve the beneficiaries is limited. Moreover, the capacity to experiment with new models is restricted because the non-profit and philanthropic sectors are considered ‘suspect’.

Third, foundations based and registered in the West may also face banking hurdles. While the head of an Arab foundation based in the UK that does not fund projects in conflict zones described a smooth experience with money transfers to projects in the region, another UK-based foundation with projects in Palestine described transfer delays and hurdles in getting funds into their accounts there. Delays were caused by the correspondent bank and by the Palestinian Monetary Authority.

Global counter-terrorism and anti-money laundering measures, while seeking to control those threats, have created a situation where, as Tom Keatinge describes it, ‘[…] measures imposed by banks in meeting these obligations often have far-reaching and unintended consequences. They can impact the innocent and the guilty in equal measure. While the latter often adapt, the former have to learn to live with the extra checks, delays in transaction execution, and general frustration of increased bureaucracy.’