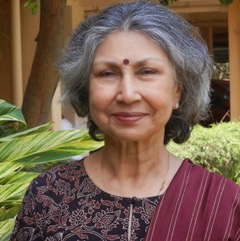 It’s good news that philanthropy in India is on an upward curve, since it can help supplement government’s efforts at social sector development. This upward curve is especially noticeable when it comes to giving by individuals. It’s not just the amount of giving that’s significant, however. Where it comes from and where it goes are also important and while the giving of large donors attracts most attention, smaller donations can address areas that mega-gifts seldom do. Both are necessary for the country’s development.

According to figures provided by Bain & Co, giving by individuals is now the largest element of private funding for the social sector in India. Of the total private funding of the sector of Rs 70,000 crs (roughly USD 10.3 bn*). individual philanthropy which grew at 21 per cent per year in the past five years, contributed Rs 43,000 crs (USD6.3 bn).

While large donations (Rs 10 crore or more) by UHNIs comprise 55 per cent of individual philanthropic funding, about 80 per cent of this figure results from Azim Premji’s donations to his philanthropic organisation, APPI. If this contribution is left out, the segment has actually seen a 4 per cent decrease.

Low-end giving, on the other hand is growing according to a recent report by Sattva. In 2017, ordinary citizens contributed Rs 34,242 crs (USD5.1 bn) for their local community, their religion, disaster relief and non-profits, an amount over 30 per cent more than that given by Indian ultra/high net worth individuals.

However, it is not only the quantity of giving which determines whether there is a transformative impact on society, but where and how that money is spent. The implications for the development of high- and low-end giving are different, though both are necessary in different ways to India’s development

While there is no systematic study of the uses to which high-end philanthropy is devoted, impressionistically, it goes largely towards the following: mega-projects such as building new educational and health institutions; large-scale conservation of heritage or the natural environment; scientific research; start-up or support of social enterprises in the fields of energy or providing livelihoods to people at the bottom of the pyramid; or scaling up work started as an experiment by smaller non-profit organizations.

However, though concerned with finding solutions to highly complex global problems the philanthropy of HNWIs is also more likely to have a self-seeking element than the philanthropy of the small giver, who is aware that his or her contribution to a cause or organization is a drop in the ocean. High-end philanthropy is likely to be more competitive, and driven by peer pressure and the desire to acquire recognition. Though there are instances of collaboration, these individuals generally prefer to work alone, thus possibly limiting the impact of their projects.

More significantly, high-end philanthropy is less interested in giving for issues of social justice such as gender parity, affirmative action for the marginalised, reform of the legal system in favour of the poor, democratic reforms or tribal rights. Anand Giridharadas, author of a highly critical study of philanthropy, Winners Take All, even suggests that we will never achieve social justice through ‘a system that perpetuates vast differences in privilege and then tasks the privileged with improving the system’. The rich, in other words, have a vested interest in maintaining a status quo – even if they are willing to mitigate its worst abuses -in which they have become rich. Whatever the reasons, controversial issues are generally avoided by most high-end givers, though there are exceptions like the Nilekanis who have not hesitated to espouse controversial causes such as freedom of the press, and have used their money to support them.

The low-end giver, on the other hand, is unconcerned with self-promotion and is likely to give because of his/her interest in solving local problems and, in so doing, becomes engaged in the cause. Giving at this end is likely to be more activist in nature and more likely to support dissent than high-end philanthropy. Giving to civil society organizations concerned with grassroots development also has the advantage of giving people being helped a say in the solutions.

Low-end giving has its shortcomings, too. While the total looks big in absolute numbers, analysis shows that 90 per cent (Rs 30,700cr [USD4.5 bn]) of this is informal giving, predominantly in cash, either to religious organizations, or to help dependents, staff, employees or the homeless. Formal giving – giving through channels that can be tracked – accounts for a mere 10 per cent of everyday giving, according to the Sattva report cited earlier, split primarily between charitable giving to non-profits, and giving towards disaster relief and, while informal giving for the relief of distress relief is needed, it is formal giving which, collectively used, has the potential to address the basic developmental issues of society and to bring change. Unfortunately, because of the smallness of the amount and its sporadic nature, it is not able to sustain large projects which need committed funding to produce results.

Clearly, therefore, different goals need different kinds of philanthropic funding. High-end philanthropy is important for large-scale disruptive change, where the potential dividends are large, but the outcomes are uncertain and the risks therefore considerable. The expected outcomes such as a cure for cancer or solutions to water scarcity including sea water desalination may benefit not only the particular society of which the philanthropist is a part but also the global community. Just two examples of the kind of projects which should be backed by high-end philanthropy are that of Kris Gopalakrishnan, the executive vice chairman of Infosys, who made the largest private investment in neurological research in India’s history, when he established the Centre for Brain Research in Bengaluru; and that of Nandan Nilekani, co-founder of Infosys, and Srikanth Nadhamuni, CEO of Khosla Labs, who launched eGovernments Foundation (eGov), whose multifaceted open-source, digital platform helps urban local bodies in India offer municipal services that keep pace with the needs of the country’s surging urban population.

In the same way that both have different functions in social development, different measures are required to stimulate the two kinds of giving. At the lower end, these include the removal of barriers to more formal giving such as lack of reliable information on where and how to give, regulatory bottlenecks like the Foreign Contributions Regulation Act, and of perceptions of low credibility and transparency in the non-profit sector, and better communication of social messages,

For the higher -end givers, greater motivation, more recognition of their giving, and economic incentives to part with large amounts of money as well as disincentives for hoarding will help.

One more thing should be added: this article is about philanthropy and, while, as I have argued above, the philanthropy of the wealthy, if well directed can be very significant, it is neither the only, nor the best way in which they can contribute to transforming society. To paraphrase Giridhardas, the biggest difference would be if those who donate fortunes to philanthropy, made investments differently, operated companies differently, and managed wealth differently. Whether, in the last analysis, they are prepared to do so is another matter.

Pushpa Sundar is the author of Giving With A Thousand Hands: The Changing Face of Indian Philanthropy, (OUP)

This is a revised version of an article that appeared in The Hindu on 12 August, 2019, www.thehindubusinessline.com/opinion/importance-of-small-scale-philanthropy/article28988617.ece

*All figures in US dollars are approximate and meant only to provide a rough comparison.