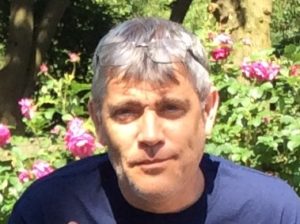 unch of Barry Knight’s book Rethinking Poverty has certainly acted as a catalyst for thinking and reflection. Although the emphasis in the book is on the crisis in direction in UK society, there is much that is relevant in the international arena.

One of the core arguments – that neither the welfare state nor market-based mechanisms are any longer able to bring about the changes we want to see in society, particularly in relation to poverty – is certainly powerful.

We live in an era of the Big State, where an increasing number of ‘problems’ are deemed to be best dealt with from the top. One effect of this both domestically and internationally has been the ‘shrinking space’ for civil society to operate in – a redefining of the work which charities and other citizens’ groups are permitted to do. The result, inevitably, is a rise in corruption and a weakening of recognition of and protection for human rights. The ability to vote in elections is viewed as the single defining component of democracy while in reality citizens are systematically disempowered and their voices suppressed. Sure, citizens are, in most but not all places, freer than ever to express opinions – no end of social media twittering – but that rarely has anything to do with real power over decisions and how resources are used. The binary nature of contemporary politics – this party/that party, yes/no, in/out – leaves little room to shake it all about.

Internationally, for too long many lower-income countries have been propped up by multilateral institutions, bilateral government arrangements and the international development industry as a whole. Even more layers for citizens to climb through – assuming the freedoms to do so – to have any real influence. Decisions – such as whether or not a community receives education, clean water, basic healthcare – are made far from the reality at the ‘grassroots’, a matter for someone else to decide thousands of miles away. No wonder people all over the world feel disconnected from power and are apathetic about politics and politicians.

Poverty has been regarded as a problem to be solved, from the outside, from the top, throwing money and management log-frames at it, counting the numbers. And all this is achieving, as Rethinking Poverty makes clear, very little progress, no matter how we define poverty. The processes we use reduce people’s dignity, impede their resourcefulness, remove their responsibilities.

It doesn’t have to be like this. Dignity should be at the heart of work to eradicate poverty – and that means investing in people, recognising the skills and resources they already have, developing these, building new assets, building confidence, empowering people to change things for themselves, working with others to do this and help build the society they want. This is where solutions lie – in local community as Barry suggests, where people have the knowledge, confidence and trust to offer their skills and experience. Trust is key – trusting that people are usually capable of making their own decisions, allocating and managing resources as they see fit, building trust across and between communities and divides. The opinion of the highly qualified external expert is not the (only) one that really counts: why do we not trust poor people and communities to do things for themselves? There is a growing body of evidence that this works – and a movement of organisations that are placing resources alongside what communities are already doing.

I agree that rethinking needs to be done – and that we should start by looking at the society we want rather than the one we have. At least some of the response – a new way between the welfare state and the market – is already active: communities organising themselves and using the resources they have to bring about the changes they want. I’m thinking of Makutano Community Development Association in Kenya and ‘The story behind the well’, or of the work of TEWA in Nepal – not least its work after the 2015 earthquake, putting dignity at the heart of their response – or of PACT Foundation in Romania working alongside poor and marginalised communities to prove that deep-seated change can be brought about using local resources. It’s certainly to be hoped that the conversation that Rethinking Poverty hopes to kindle will take account of this. But it does mean that those with power need to shift it. Let’s get shifting.

This article was first published on 28 September 2017 on www.rethinkingpoverty.org.uk. The original article is available here.

Jon Edwards has over 25 years’ experience working in the international development sector and is currently advising on international philanthropy.