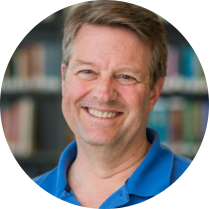 Earlier this month, the Foundation Center published a report detailing the latest available data on U.S. foundation funding for nonprofit and philanthropic infrastructure. The research spans twelve years and analyzes 21,148 infrastructure-related grants made by 881 funders to 511 organizations in 30 countries. What did we find and what do the findings mean for our collective efforts along with the WINGS network to #LiftUpPhilanthropy worldwide?

U.S. foundation funding for the support ecosystem outside the U.S. accounted for just 3.5 percent of total infrastructure funding and declined by 43 percent over 12 years

Funding for infrastructure organizations based outside of the U.S. declined by 43 percent between 2004–06 and 2013-2015, from $6.9 million per year to $3.9 million per year. In contrast, during the same time period, U.S. foundations increased their overall international grantmaking more than three-fold, from $2.9 billion in 2004 (19 percent of total giving) to $9.3billion in 2015 (28 percent of total giving).

Two-thirds (68 percent) of all funding for infrastructure organizations based outside of the U.S. between 2004 and 2015 came from just two U.S. foundations—the Ford Foundation and the Charles Stewart Mott Foundation. Together, they provided $46.6 million in support, while 20 other foundations gave a combined total of $22 million.

While our analysis is limited to organizations that received funding from large U.S. foundations between 2004 and 2015, this uneven distribution aligns with findings from a 2017 WINGS survey which found 80% of spending on philanthropy serving organizations was in North America.*

The same survey found the global network of support organizations has grown rapidly during the years covered by our analysis with the majority of organizations surveyed established after 2001. Given the simultaneous growth in the number of infrastructure organizations and decline in available U.S. foundation funding, it’s therefore not surprising that 72% of the surveyed organizations cited financial sustainability as a primary challenge.

The decline in funding for infrastructure organizations outside of the U.S. coincided with increased restrictions on civil society instituted by governments around the world, with at least 98 new restrictive laws introduced in 55 countries from 2012 to 2015. Eighteen of the countries that received infrastructure funding in the time period covered in our analysis have a current score of obstructed, repressed, or closed on the CIVICUS monitor. These countries are also the most in need of a robust ecosystem of support organizations that can protect and advance the work of civil society.

Investing in the philanthropy support ecosystem can strengthen and grow the local philanthropy sector, and infrastructure organizations have been successful at lobbying for legislative changes and other measures to improve the enabling environment for philanthropy and civil society more broadly. If U.S. funders are concerned with closing civic space in the environments in which they fund, investing in the support ecosystem is one strategy that has been developed and tested by infrastructure funders like Mott and Ford over multiple years and across diverse contexts.

Foundation Center is proud to partner with WINGS and we’re committed to continuing to support, document, and bring visibility to the crucial work of its members to advance and defend civil society worldwide.

Lawrence T. McGill is the Vice President for Knowledge Services at Foundation Center

This post was originally published by Philanthropy in Focus (WINGS) on October 26, 2018