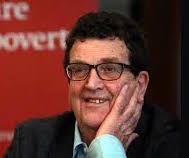 Statistical analysis showed that those with a positive view of taking risks were smaller foundations with a focus on issues of equity and justice and the environment. Their approach was to be aware of the risks and monitor them, whereas for the larger organisations, risk was regarded more as a bureaucratic device.

What is missing is a clear conceptual framework setting out what risk is. There is always a positive and a negative side to risk, and you need to have a multidimensional matrix to include financial risks, political risks, and reputational risks among others. Not only are there  risks associated with doing things, but then there is the counterfactual – if you don’t do anything, you can’t succeed. For example, if you are giving money in a war zone, there is a risk that you give it to the wrong people, but the alternative is to do nothing. In these circumstances, most people do nothing and whole regions of the world become no-go areas for foundations.

It’s partly a reflection of a greater tendency. When Caroline Hartnell stepped down as editor of Alliance magazine, she was asked what had changed in the foundation world over the 16 years of her tenure. She said that foundations had become much more technocratic, caught up in theories of change, evaluation, human resource development and so on, but in terms of their purpose, they had become less clear about their purposes. The world had changed, governments had withdrawn, there were more crises, and their view of where they stood in the universe was unclear.

But the essential point about foundations is that they are free to act. As long as a foundation stays within the law, and uses its assets in accordance with its objects, the trustees can decide what it will do. This is both a blessing and a curse. There have been fantastic initiatives where foundations go into places very bravely and do things that no-one else will – look at the role of the Joseph Rowntree Charitable Trust, partnering with the Community Foundation for Northern Ireland, where they took calculated risks for peace in Northern Ireland, and had to go into places that were difficult and dangerous to work. They were thinking long-term and strategically. But other foundations take a very short-term view, believing that a three-year funding cycle supporting a small number of little projects will bring about systemic change. They don’t think strategically, but that is the foundation’s freedom – to be very creative, harmless or useless.

At Webb Memorial Trust, we have a risk matrix that we review each time we meet. Foundations do need to keep an eye on risk. Some things you clearly cannot do – stray into party politics, fund inappropriate organisations, or use your money for non-charitable purposes. For us the important thing is to look at the programmes we want to support that have the potential to make the difference we seek, and to calculate the risk of greatest impact versus failure. The evaluation industry has not been very helpful to foundations. There is typically a positive glow about evaluation reports – they are nearly always positive. Maybe critical ones are buried by foundations but evaluators know that if they produce negative reports, they are at risk of getting fired.

However, there is a danger that risk matrices become tick-box exercises rather than integrated into the day-to-day thinking. Fear of risk should not limit what we do.

As a foundation, Webb is involved in the governance of society, so therefore we have to be careful that we don’t tread over a particular political line; we support the All Party Parliamentary Group on Poverty, we have trustees from all of the main political parties on our board, and our reports are read to check for any party political bias. At the same time, we are seeking solutions that are ultimately creative, which does question established ways of doing things.

Foundations are run by elites, establishment people in positions of power. The closer you are to the establishment, the less likely you are to take risks. The National Committee for Responsible Philanthropy in the US has been talking about the elite nature of philanthropy boards for years, and how that inhibits progressive causes. Right-wing foundations have no such hang-ups – they are much more likely to fund programmes that favour their political views, whereas more progressive foundations are more cautious – and rightly so – but there is an imbalance.

This article was first published as part of a series on foundations’ attitudes to risk by ACF and first appeared as a feature in April 2017’s Trust & Foundation News.