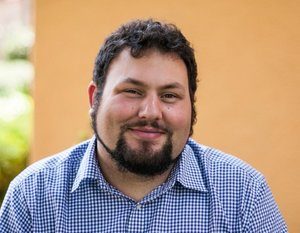 When it comes to the role of dignity in development, there is a conversation of growing rigour and seriousness. It is in that context that we welcome this paper on dignity in Philanthropy for Social Justice and Peace’s ‘Defining Key Concepts’ series.

Dignity has been the starting point for many conversations in development and global affairs. As PSJP rightly notes, dignity has been a lodestar for Antonio Guterres’ work as UN Secretary General. The Overseas Development Institute’s Humanitarian Policy Group has taken dignity in displacement as a major theme, and recently looked at conceptions of dignity among Rohingya refugees. Organizations like Integrity Action measure respectfulness as one of their KPIs. This week, we are launching the Dignity Project, which will provide tools for the measurement of respectfulness in development.

Underlying all that, the philosophical grounding to ideas of dignity has been the subject of several striking recent contributions. Many of them are contained in the 2017 book Dignity: A History, though interested laypeople may find Remy Debes’ recent Aeon essay summarizing these ideas a useful introduction.

One of the points made in the philosophical literature is that dignity is ‘multivocal’ – we mean many things when we use the word. Or, as the PSJP report puts it, it is what anthropologists would call a ‘thick concept’. And it is talked about all the time in aid and development – often with little precision.

With so many meanings floating around, we might baulk at agreeing a definition. Yet if we do so, if we skip that hard work, we can never be precise. We will continue to talk past one another. We will be unable to use the powerful tools of measurement.

Above all, when ideas are vague, they are comfortably assimilated into the rhetoric of an unaltered development mainstream. Andrea Cornwall and Deborah Eade’s fine book, Buzzwords and Fuzzwords, contains a sensitive essay by Srilatha Batliwala mourning the co-option and corruption of her life’s work on empowerment. It is this buzzword fate that dignity in development needs to be rescued from. Eventually, that will require careful definition.

My own attempt to define dignity in development is laid out in this concept paper. I conclude that ‘Dignity is inherent to all people, regardless of who they are or how they act. Because people have dignity, they are entitled to respect … We are talking here about “moralized” dignity, which is universal, characteristic, inalienable and entitles its holders to “recognition respect”. In this sense, “human dignity” refers to the inherent or unearned moral worth or status, which all humans enjoy equally.’ Other definitions are certainly available, drawing on other philosophical traditions. But what is surely necessary is that this definitional work be done. I hope PSJP will consider returning to this topic, and continuing to build consensus in the world of philanthropy around a clear definition of this key concept.

There is public support for more respectful development. In a recent experiment conducted by the Dignity Project, people promised to donate 60 per cent more, when offered the chance to give to a charity that simply addresses its beneficiaries by name. This report by PSJP hopefully suggests that larger funders may soon also be persuaded of dignity’s value. If aid agencies get this right, there will be money to back them.

Getting this right is urgent and essential; this report highlights just a couple of the countless examples of disrespectful development. We all aim to create a development that is more respectful of human dignity. Measurement and definition will assist in that. This sort of public discussion of such a key concept by thinkers in philanthropy helps greatly too. 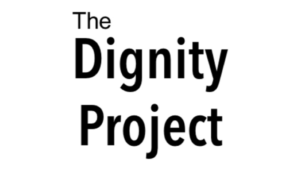 Tom Wein is the founder of The Dignity Project, a campaign for more respectful development. We create open access, ready-translated tools to properly measure respect.