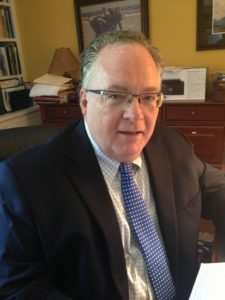 Joseph Stiglitz, the 2001 recipient of the Nobel Prize in Economics, has written for a long time about the failure of neoliberal economics and the resultant human suffering caused by the policies of austerity and terrible inequality. Barry Knight, in his new book Rethinking Poverty: What makes a good society?, offers a possible way forward from this condition, and specifically for poverty in Britain, based on a radical new vision that frees us from the constraints of these economic assumptions and how we typically react to them.

This short book punches way above its weight. It is timely – for somewhat different reasons – for British and American readers. For the British audience for whom it was written, Barry Knight, in his first 25 short pages, provides a remarkable analytic history of British economic and social policy since the Second World War. He traces the development of the modern British welfare state (heavily influenced by Beatrice Webb), its success, its problems and the reasons for the current state of increased poverty, economic inequality and social insecurity—including Brexit. He describes what happened but also offers an explanation why, and finally argues for a useful way forward that is unlike the usual ‘simply more of…’ arguments offered by many liberal groups. All of his recommendations are based on solid research, including the voices of those who live with the daily struggle of poverty in a rich land. One moving example of such engagement is a set of activities with low-income young people, specifically where children are given inexpensive cameras and asked to photograph what they consider ‘poverty’. These images were eventually part of an interaction with Parliament.

Poverty eradication turned on its head

Barry’s book turns the question of eradicating poverty on its head. Among other things, he shows convincingly that efforts to address ‘poverty’ have failed and that only by collectively envisaging the society that we all want – a positive frame – can we discover effective ways forward to more just and fair communities. Throughout his text, Barry refers to a wide array of earlier economic and social research, as well as the research that the Webb Memorial Trust commissioned over the past five years. While this later body of research provided important empirical data, Barry points out that it failed to provide the answers the Trust sought and that this failure led to the writing of the book. Apart from the larger societal issues that are the focus of the book, it is worth noting that it is highly unusual for a charitable foundation to examine so critically an entire body of work it has funded and then take on such a deep analysis to rethink the problem. Both the Trust and Barry Knight deserve credit for this rare, but ultimately helpful, effort.

Relevance for an America in need of new frameworks

For an American audience that at the time of writing is debating whether 30 million Americans will lose health insurance; facing a possible massive transfer of public funds to the already super-wealthy; and suffering with the ascendancy of racist, sexist neo-fascists, the book can serve as a helpful mirror to force a hard, realistic look at ourselves. The current leadership in the US refuses to acknowledge the failure of its economic, social and environmental policies – while working to worsen the effects on the most marginalized. Barry Knight reminds the reader of US neoliberals’ success in agreeing on five key fundamental principles: free markets, small state, low tax, individual liberty and big defence. This is a virtual American religion. Barry shows not only the limits but also the damage caused by an ideology that reifies economic growth. He is in the company of voices as different as Stiglitz, Yanis Varoufakis, Thomas Piketty and Pope Francis (Laudato Si), who insist that such a single driver of human life is destructive in the near and long terms.

Several groups in the US are working with new frames for more effective support of an alternative social vision. Groups like the Opportunity Agenda understand the power of framing and its role in political change.

Barry also points out that progressive groups have a history of disconnected and atomised efforts with a narrow vision. For more powerful change, he invokes Jean Paul Lederach’s notion of ‘moral imagination’ and ties it to new creativity and leadership using a ‘power with’ rather than a ‘power over’ model. While there is an increasing number of voices in the US pressing a vision of fairness and justice, there remains much work to be done in this regard. One only need look at the difficulties the Democratic Party is facing as it struggles to cross its own internal lines and find its own broadly accepted key principles. More promising, in my view, is the collection of groups initially forged in identity politics – groups focused on issues such as racial violence, women’s rights, LGBTQ rights, immigrant justice and refugee support – that have ‘crossed lines’ to create new coalitions and work together on common concerns and broader justice. Hopefully this is a trend that will continue and expand.

In his final chapter, ‘Towards Transformation’, Barry Knight offers ideas about organising for a good society via wide engagement across communities. The UK has a very different history and tradition of state support and local governance from the US, so the particulars are quite specific to the British experience. Nevertheless, Barry Knight’s framework can be usefully applied in America and serve as a helpful tool first for analysis and then for building a stronger – and more democratic – political movement for justice and security.

This post was first published by the Webb Memorial Trust, UK on http://www.webbmemorialtrust.org.uk/

Christopher Harris is a former senior program officer of the Ford Foundation and a board member of the Interaction Institute for Social Change. He also serves on the management team of PSJP.