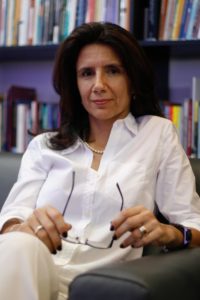 Protecting the Amazon is not a ‘plot’ of international philanthropy.

A few days have passed since Brazil elected, with more than 55 per cent of the vote, the former Capitan Jair Bolsonaro, the ultra-right-wing candidate. When the PSJP published its report about Brazilian philanthropy in May this year, probably none of the contributors expected this result. Many, however, had already at that time talked about the shrinking space for civil society to act and, in particular, the hardships suffered by environment and human rights defenders, in particular in the Amazon region.

Well, if the space seemed slim at the time of that report, now things seem much worse.

During the election we heard many times from Bolsonaro himself and from some of his political supporters that they would stop international NGOs, or Brazilian NGOs receiving international funding, working on environment or human rights issues in the Amazon because they represent ‘international interest’. In other words, they suggested they were a danger to national sovereignty! They went as far as suggesting that these organizations were part of an international plan, the Triple A plan – for a corridor of forest that would go from the Atlantic, through the Amazon as far as the mountains of the Andes – to internationalize control of the Amazon. They even said that the creation of so many indigenous and national conservation areas in the Amazon was part of that plan and that is why these environmental and human rights groups needed to be stopped.

While these statements per se make all of us extremely concerned about the future government and its potential actions on issues related to civil society freedom, the environment and human rights, they also reflect their xenophobic views of international organizations, be it NGOs or international philanthropy.

While it I could spend the rest of this article talking about these concerns, I would like to prioritize the implicit message behind these statements as it relates to Brazilian philanthropy.

Their statements suggests that, if these organizations are having to rely upon international money, it is because Brazilians – be it individuals, wealthy families or companies – or their philanthropic organizations, are not prepared to fund these kinds of organizations. In other words, Brazilians and, in particular, Brazilian philanthropists do not agree with, or do not care about, the work of the think tanks and NGOs working in the Amazon to protect our forest and our indigenous people. So, this is not in our ‘national interest’!

However, their statements also show a profound lack of knowledge on the part of our future decision makers about Brazilian philanthropy and the circumstances under which national philanthropic giving operates.

For example, they probably do not know that, differently from other countries, our legislation ‘punishes’ donors by not giving them any tax breaks – as in the USA, Europe and other countries. Instead in Brazil donors have to pay an extra tax of 4 to 8 per cent over and above their donation to the government.

They probably do not know that Brazil doesn’t have yet an endowment legislation that gives our rich men and women the security that, if they leave their wealth to a charitable or a public interest organization when they die, their wishes and money will be respected, and the money will be used wisely. They probably do not know that, differently from other countries too, most Brazilian banks do not allow NGOs to receive monthly donations through direct debit, instead making them pay huge fees to credit card vendors.

Surely, if they knew more about the philanthropic sector of their own country, they would understand why some NGOs in Brazil still have to rely upon international donations from individuals and philanthropic organizations. However, rather than accusing them or spending their time chasing after international organizations or international funding, Bolsonaro and his economic advisers, who are greater admirers of the USA, should spend their time creating a more conducive economic and legal environment when they take office, so they can support a national philanthropic ecosystem made up of individuals, wealthy families and companies that want to use their private resources to fund public interest NGOS and think tanks. There is surely enough money in Brazil, and if we had a better legal environment to support donations and philanthropy, we would, most certainly, see more national funding to those NGOs fighting for environment and human rights issues in the Amazon.

It is vital that Bolsonaro and his supporters learn that, despite all these hurdles, there are many genuine Brazilian philanthropic organizations – like Fundação Boticario, Instituto Natura, Fundação Vale, Instituto Arapyau, Instituto Itaú Social, Instituto Clima e Sociedade, Fundação Amazonia Sustentável, Fundação Bradesco and Funbio, among many others – that are working directly, or funding organizations that are working in the Amazon to protect our forests and the rights of traditional people. They should also know that thousands and thousands of Brazilians donate monthly from their own salary and money to organizations such as Greenpeace, Amnesty International and WWF, because they want these organizations to continue to fight for our environment and our rights. Furthermore, it is important for them to remember that many organizations working in the Amazon region, like CESE, CPT and CIMI, among many others, are organizations created by, or linked to, the Christian churches and supported by the donations of millions of Brazilians.

There is no doubt that in this obscure future, more than ever, these brave environment and human rights organizations working in the Amazon region, be it national or international, will need the support of Brazilians – in particular the support of Brazilian philanthropy. Brazilian funders will need to step up and show that the fight for the Amazon, its forest and its peoples is not an ‘international plot’, rather it is in Brazil’s own interest. As Brazilians and as global citizens we must therefore support and fight for it.

Ana Toni is an economist and has a PhD in Political Science. She is currently the executive director of the Institute for Climate and Society (iCS). She is board member of many organizations, such as, Gold Standard Foundation and the Baoba Fund for Racial Equity. She was Ford Foundation´s Director in Brazil from 2003 to 2011 and the board chair of Greenpeace International from 2010 to 2017. Ana has a long trajectory working in the areas of public policy advocacy, environment and climate change, sustainable development and philanthropy.